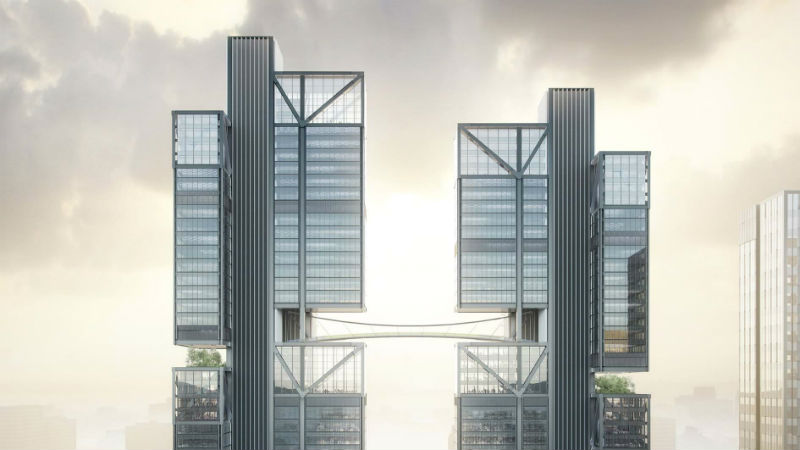 Designing for Drones: The Plans for DJI’s Headquarters

Foster + Partners has unveiled its plans for the headquarters of leading drone company DJI, which incorporates the use of quadcopters within and around the building. We look at how the pioneering design is creating a blueprint drones’ place in future architecture

With drones being developed for deliveries, surveying, photography and a host of other urban applications, many future buildings will likely need to incorporate their operation and use into the structure.

In working on the innovation centre and headquarters of drone giant DJI in Shenzen, China, Foster + Partners has effectively been tasked with being the first company to take on this challenge.

Most significant, however, is the sky bridge that connects the two towers, which is designed to be able to launch drones, allowing testing and demonstrations to be undertaken without leaving the building.

“Our aim is to create a unique workplace environment that embodies the spirit of invention and innovation that has allowed DJI to lead the world in robotics and technology,” said Grant Brooker, head of studio at Foster + Partners.

While DJI’s drone requirements are relatively unique at present, it has been suggested that the prevalence of the technology could make their presence a key consideration for future architecture.

"In the future you'll experience architecture from drones," Mark Dytham, co-founder of Klein Dytham Architecture, told Dezeen. "They will change the way architecture is perceived. We'll all see buildings from above. We'll cease to be ground-dwelling creatures; we'll see things in a vertical dimension."