A pioneer in architectural visualization and compatible with all the 3D modeling software on the market, Artlantis is the easiest and fastest solution for creating photorealistic renderings and animations.

Designed with an extremely clear and ergonomic interface, Artlantis is both easy and comfortable to learn and use. At all times, the necessary tools are at hand near the real-time preview window, which allows you to see the results of each adjustment.

You don't have to be skilled in computer graphics -- learning and using Artlantis is easy and very fast. Artlantis is used by experts, advanced users and beginners alike to simulate, present and communicate their projects, by producing both high quality still images and animations with striking photo-realism in record time!

Discover all the features ⟶

The reputation and success of Artlantis are based primarily on its founding concept : a preview of the scene allowing users continuous control of each change. Right from opening a 3D scene, navigating, changing shaders and objects, lights or 3D environment -- all are immediately visible in the preview window.

The speed of displaying the scene, navigating, space positioning or light dispersion -- in the preview and in the final rendering -- is exceptional. While the Global Illumination, which assures the realism of scenes, is known to take a lot of calculation time, Artlantis is the only rendering software on the market to provide an efficient quality / time ratio. A draft mode allows a fast display of the preview during the preparation phases.

República 55, a project brought to life with Artlantis

Discover through
our free webinars 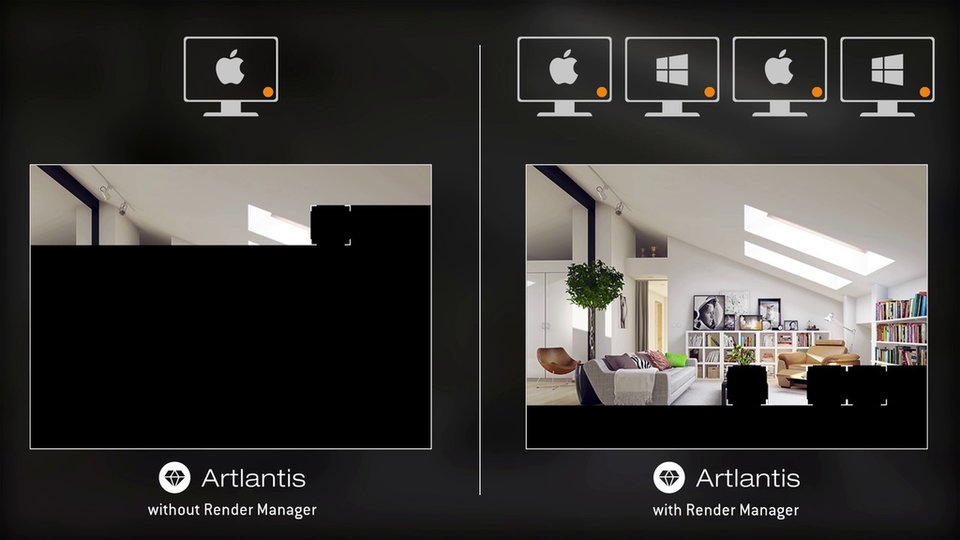